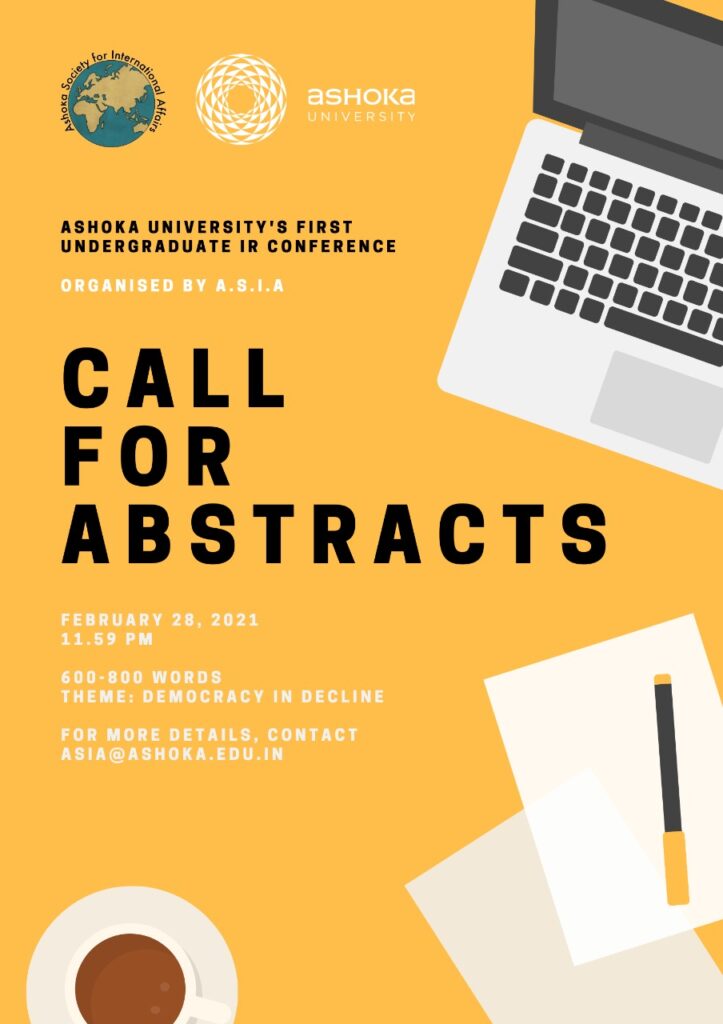 Our Theme
Our Vision
Our Expectation
Our Theme

Our theme for this conference is ‘Democracy in Decline’

Some of the sub-themes around which we aim to curate this discussion are as follows;

As young, and curious individuals, invested in the world we inhabit, we are at a juncture where critical engagement with our present needs to be supplemented with a desire to attempt reform and steer towards inclusivity. At the same time, we are also acutely aware of the increasing stake we have in taking collective responsibility, shaping more inclusive discourse, and mobilizing for change.

Through this space, we aim to create a platform, where students as changemakers, new entrants, and inquisitive yet determined individuals, can find a common ground; a common space to deliberate over the world as it unfolds around us. Moreover, we aim to open a space of research that is available to few, and to approach the discipline with academic rigour to be able to steer our directions of research.

As students inquisitive about International Relations (IR), we have experienced the potential for its growth at one of the few Indian universities that offer engagement with it at the undergraduate level.

Encouraged by prominent scholars within the discipline, we aim to open the conversation to include interdisciplinary engagement, constantly branching out beyond the classroom. Ashoka Society for International Affairs (A.S.I.A.) is an attempt to understand IR as it stands today with a vision of what it has to offer in the future.

Please adhere to the specified word limit. The keywords are important words that figure in your abstract and paper and can also be used as search terms. In the abstract, incorporate answers to the following questions, not necessarily in this order. As this is the sole document using which we shortlist you for the conference, it is meant to be longer and more detailed than conventional abstracts.

Please feel free to contact us with any questions. We will respond to emails at [email protected] within 12 hours.